The world's first tensegrity structured tent—OVAL INTENTION—was supervised by an exceptional inventor, Richard Buckminster Fuller, or otherwise known as “the 20th Century's Leonardo da Vinci.” THE NORTH FACE dome is adding a brand new history of the invention after 43 years of continuous evolution. Setting the ceiling higher has enabled a living space spacious enough to work while standing. Along with the newly implemented unique design, which is often associated with a spaceship, the addition of other functions, including but not limited to, the wire reinforcement which ensures wind resistant has been added. With Geodome 4, people will experience a perfect environment to enjoy the landscape like no one has ever experienced before. It is the dawn of a new era of outdoor activity. 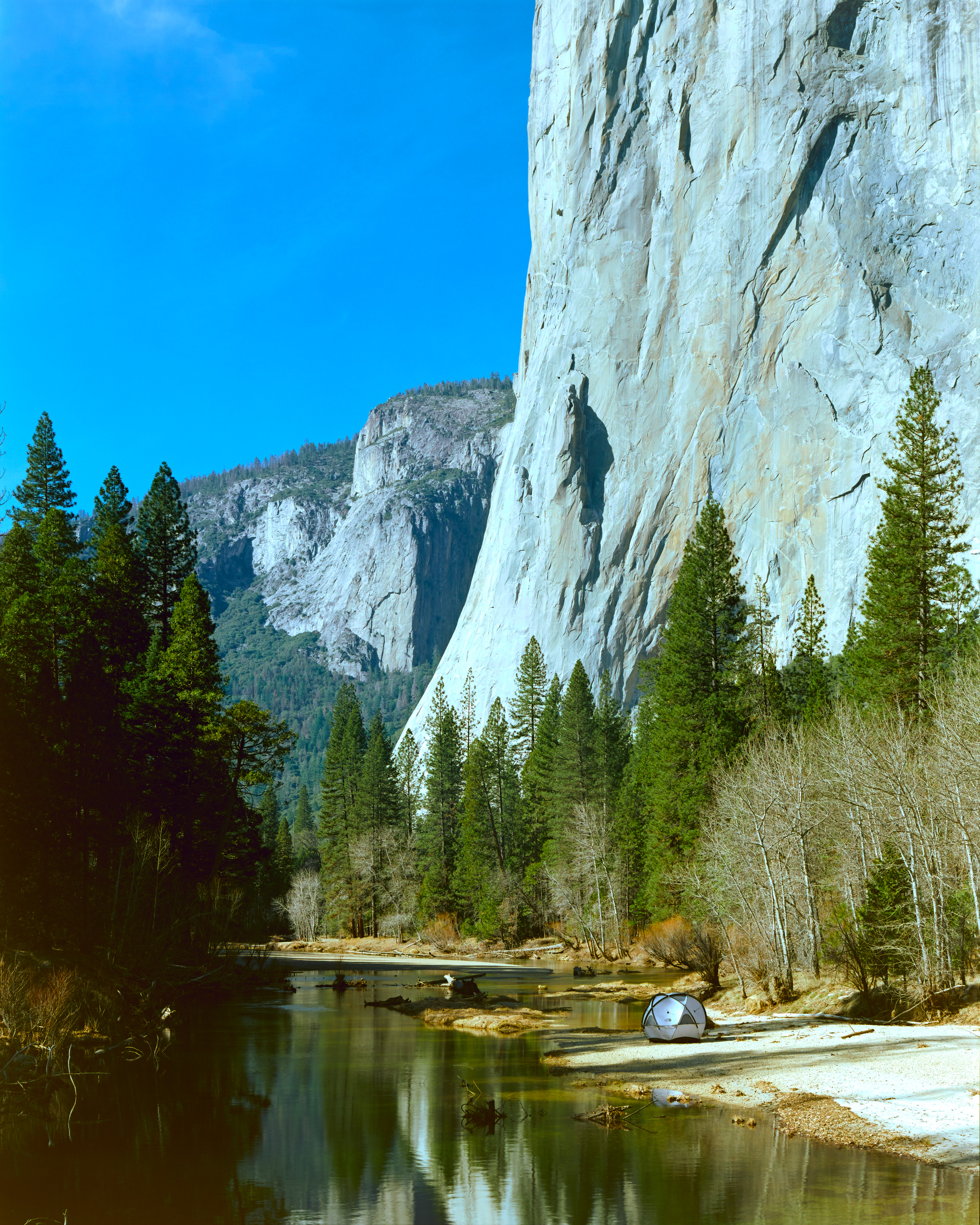 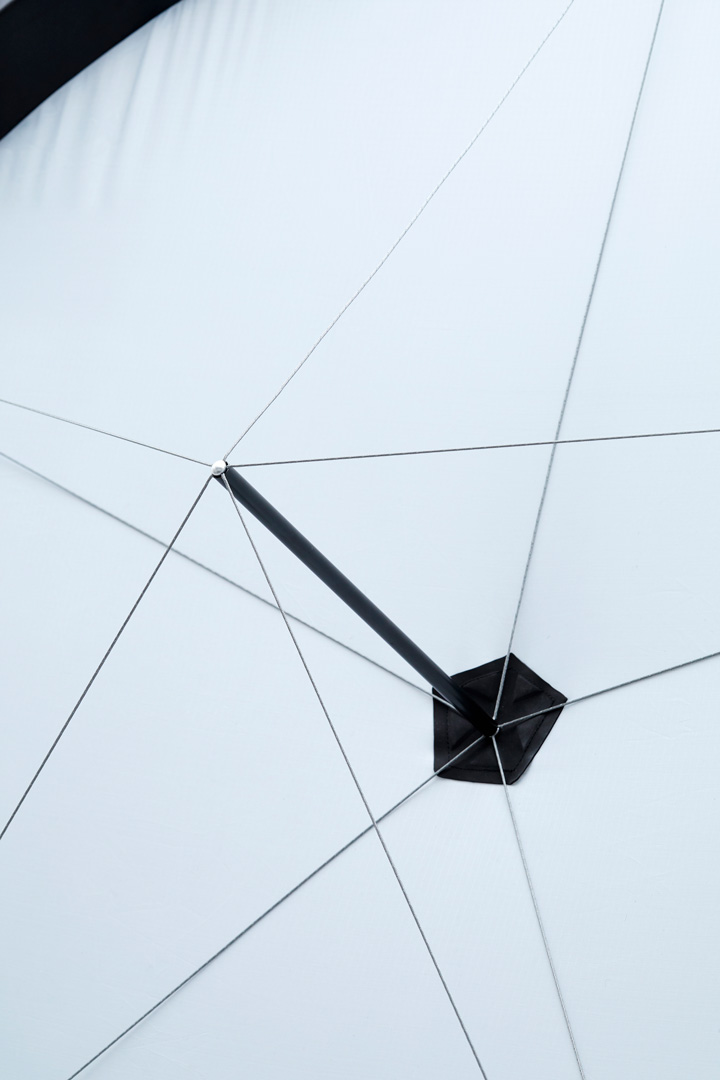 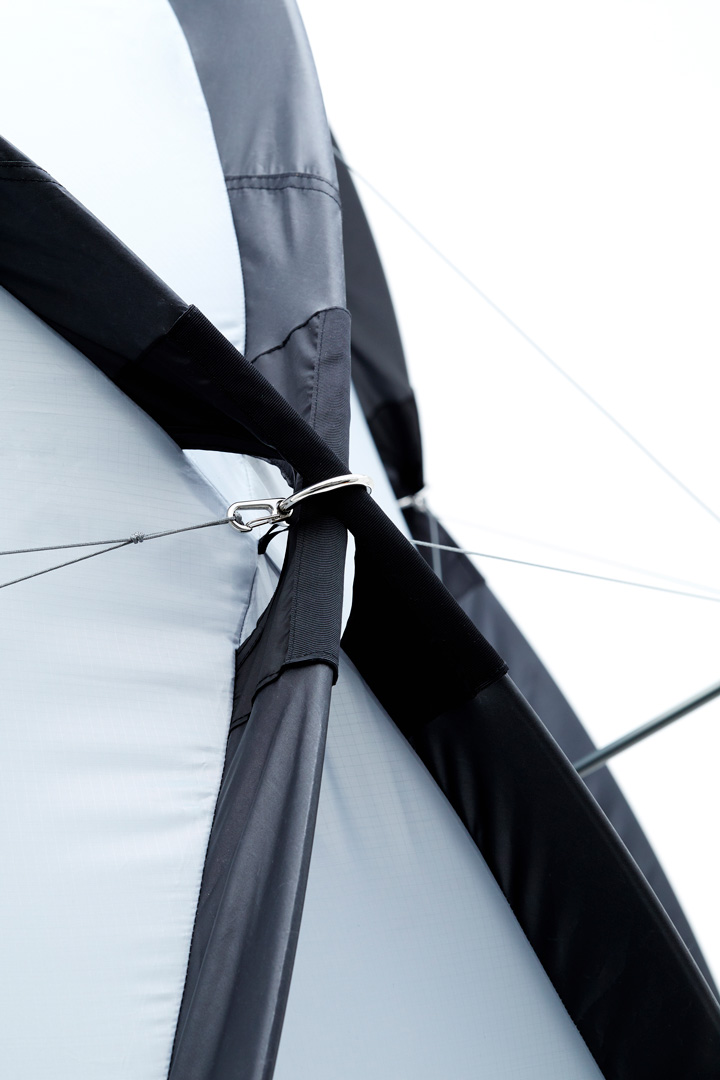 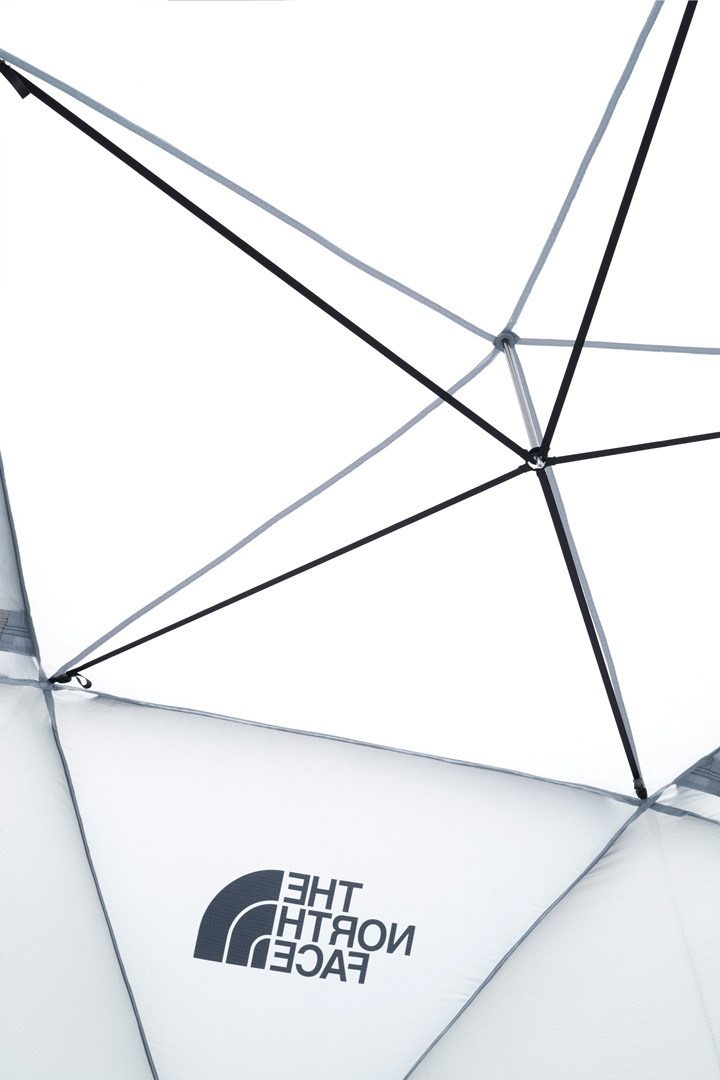 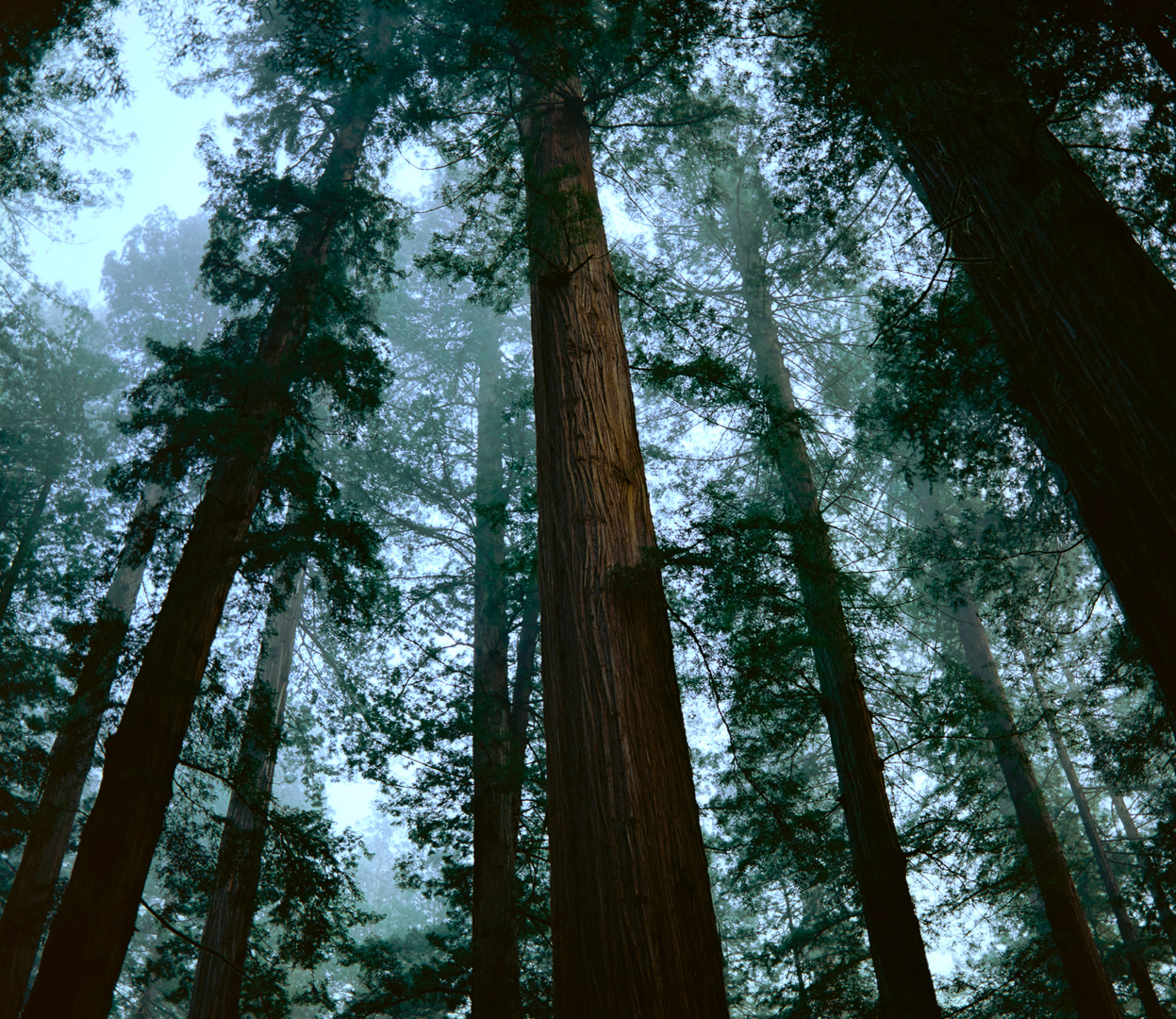 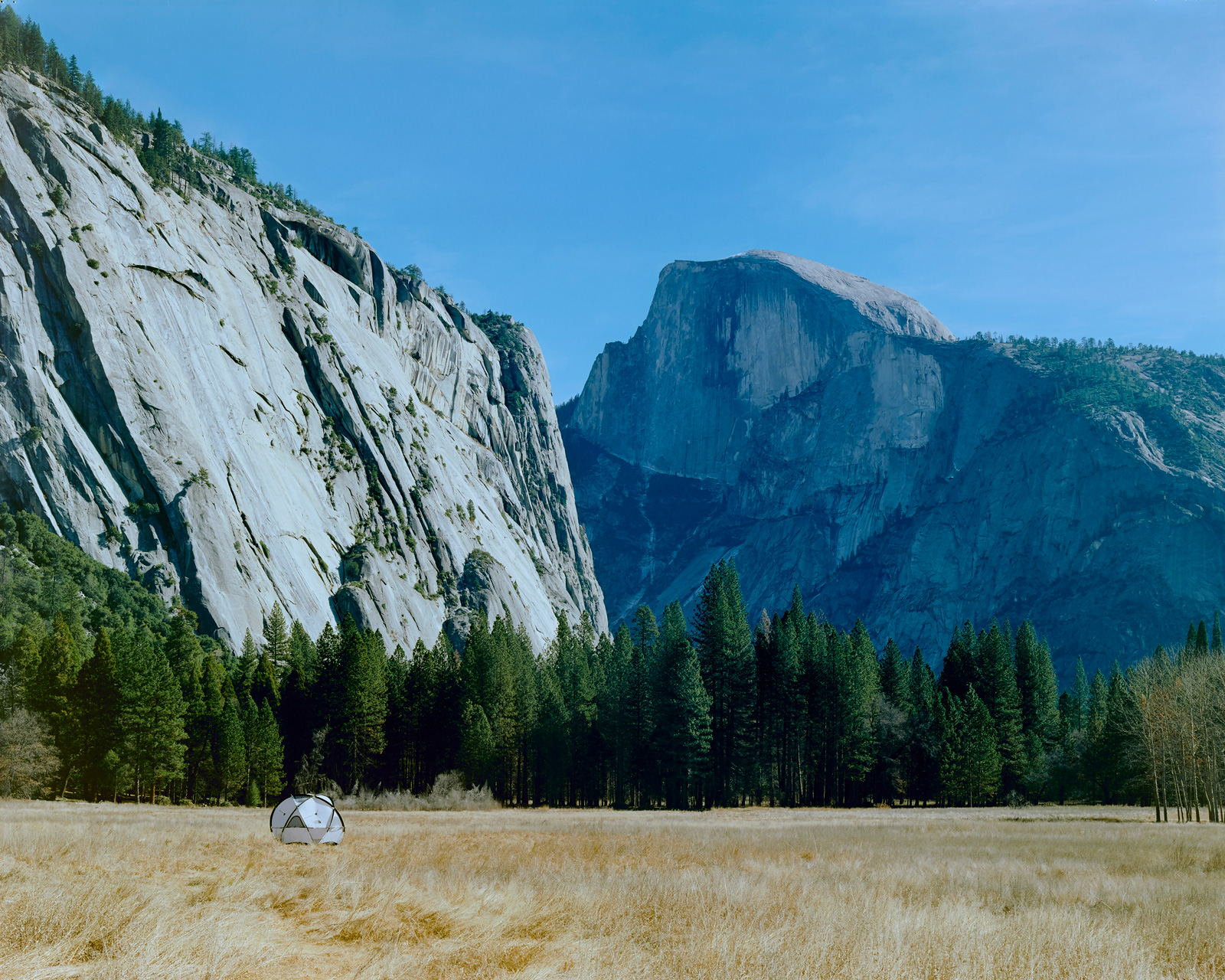 Autumn of 1975, 2 pictures of an unfamiliar object were published on THE NORTH FACE catalog. The photos captured a hemisphere, composed of yellow and beige fabric, standing on a plain with a background of mountain ridges with snow. Around the object, 6 arc-shaped aluminum poles were arranged. At that time, there wasn’t a lot of people who could intuitively notice these object, called “Oval Intention,” because this product was an innovatively shaped tent which was created by unprecedented idea and design. Those who heavily contributed to the productization of the geodesic dome tent were three young staffs playing a central role at THE NORTH FACE: founder Kenneth “Hap” Klopp, product designer Mark Erickson, and chief of manufacturing Bruce Hamilton. They founded the brand a few years before of this invention and devoted most of their time to product innovation. During this period, they explored a new shape of a tent that would be able to replace an A-frame tent, which was considered mainstream at that time. If they could productize a tent, light and strong enough to put in a backpack and can offer spacious living space, they knew a lot of people would buy it for the new activity called “backpacking” which was starting to become popular the time. After countless trial and error, they finally found a breakthrough with the help of one great inventor, and together, they invented a new shaped mold-breaking tent. This tent has no vertical pillar. The general structure of the tent is held up by several vertical poles, but the oval intention uses an arc-shape bending shift pole for its framework. This design contributes to adding large space using fewer materials by also ensuring its strength. The inventors knew there were popular demands on both lighter and larger tents; thus, predicted a huge hit one there were able to make their product as planned. After a few years, their prediction became a reality and the productized oval intention became a big hit, deciding the future of their brand. 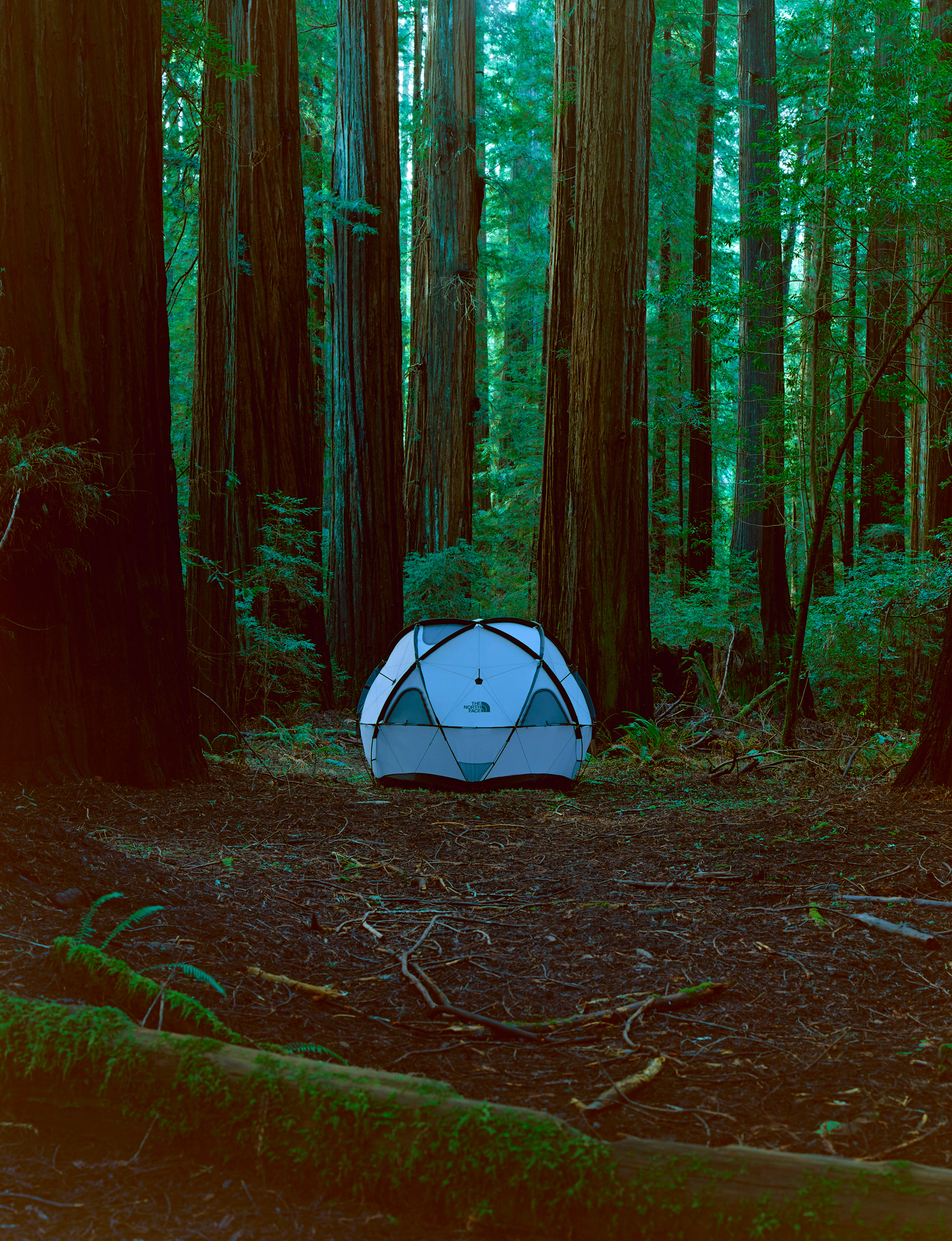 During the 1960s to ’70s, a phenomenon was rising mainly in North America. Dome shaped houses with the combination of poles and beams which are different from the general structure of the house started appearing in North America. During the 1960s various movements of protest actively occurred in different regions such as the Anti-Vietnam war movement, civil rights movement, the environmental protection movement, and women's liberation movement just to mention a few. Doubting the inconsistency and negative effects of the societal system, the youth created activist groups launching campaigns, fighting for what they think is right for the society. There were also a group of people who strived to rebuild their life from scratch by their own hands as a protest to the mass consumptionism. But those who got away from big cities and started a simple life in rural areas, where they can feel close to nature, struggled to find one thing - a shelter. Building a house not only takes funds and resources but also technical knowledge regarding architecture. People who had neither of them, however, started living in a dome-shaped architecture which was formulated by the genius inventor who attracted the public attention by his groundbreaking design ideas. This dome-shaped construction built up with several frameworks and simple materials were called the geodesic dome. This structural theory granted commodious living space with fewer materials and shorter construction period. For those who were willing to actively drop out from the societal system to live their own life, the geodesic dome was a gift from heaven. People started to build the dome with their own hands referred to articles about the dome from magazines and books, published in around 70’s. The dome-shaped house became a symbol of the new lifestyle and contributed to the new idea of “simple is more.” THE NORTH FACE’s dome tent was also created as a response to these movements, but the veneration to a great inventor and strong sympathy with his concept underlay behind the development of the new product. This inventor supervised the world’s first geodesic dome tent and has been called “the 20th century's Leonardo da Vinci,” - Richard Buckminster Fuller. 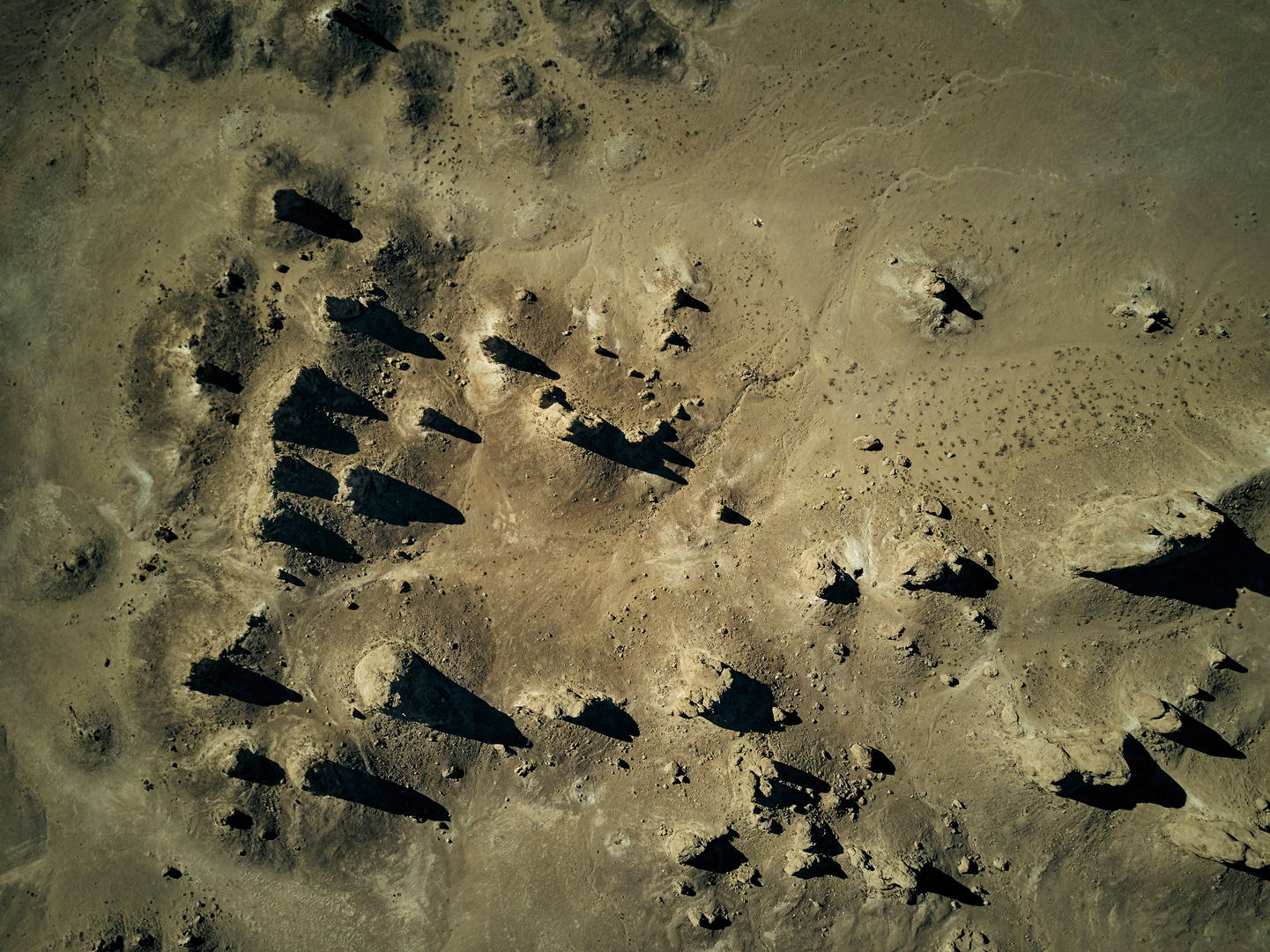 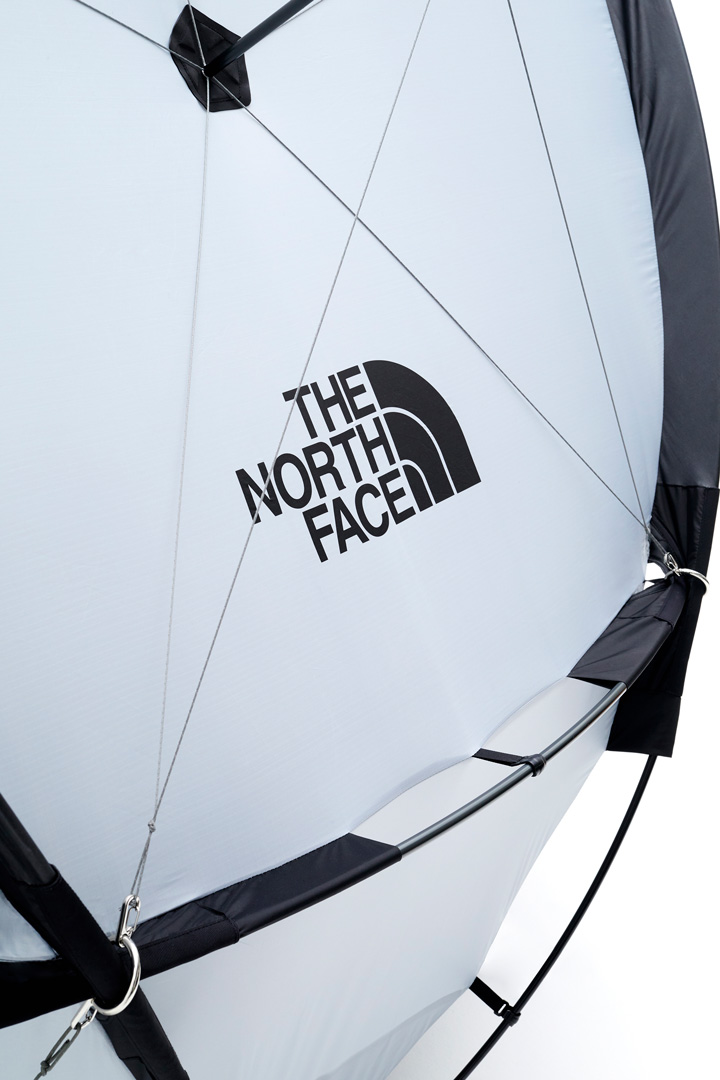 Richard Buckminster Fuller was born in 1895, as the oldest child of a successful foreign trade merchant in Milton, Massachusetts, Northern America. He was born with weak eyesight and this forced him to go through a rough childhood, but he had extraordinary ability to understand the physics of machines and tools. When he was 6 years old, he surprised adults around him by crafting a regular tetrahedron and a regular octahedron. After he got expelled from Harvard University, he served in the U.S. Navy and got a few jobs, but he failed to keep any of his job. Moreover, he almost took his own life because of the continuous misfortunes such as his daughter’s death. However, on the edge of this difficult period, he attained enlightenment, “one belongs to the universe: one does not have the right to eliminate himself.” After this epiphany, he decided to devote the rest of his life to benefit humanity. Based on the faith that “improvement of the world can only be realized by changing the human living environment,” he believed that the effective way to change “people who have none” to “people who own” is the industry, and has researched better housing environment applying the latest materials, design, mass production technique for people all over the world. What Fuller invented, which later became the foundation of his following activity, was the concept of “Dymaxion,” meaning ”maximum gain of advantage from minimal energy input.” In fact, the 4-D house was developed based on this concept. This housing model, which was constructed with the new material that was originally made for the non-architect purpose, is light, robust, and mass-producible. This model reflected Fuller’s idea of seeking independence and freedom was design to be transportable by an airplane, easy to assemble at the destination, and self-sufficient in energy and water. Fuller kept working based on the philosophy of Dymaxion, and proposed a various techniques as a solution: “Dymaxion car” an aerodynamic three-wheel automobile which realized astonishing drivability in the age of Ford Model T; “Dymaxion bathroom” which is the prototype of today’s modular bath; "Dymaxion map," a world map which flattens the entire land and sea with slight distortion and precise area ration; “Tensegrity sphere” as a tensional integrity, the concept of “Spaceship Earth"; and “World Game” as a way to solve world problems. 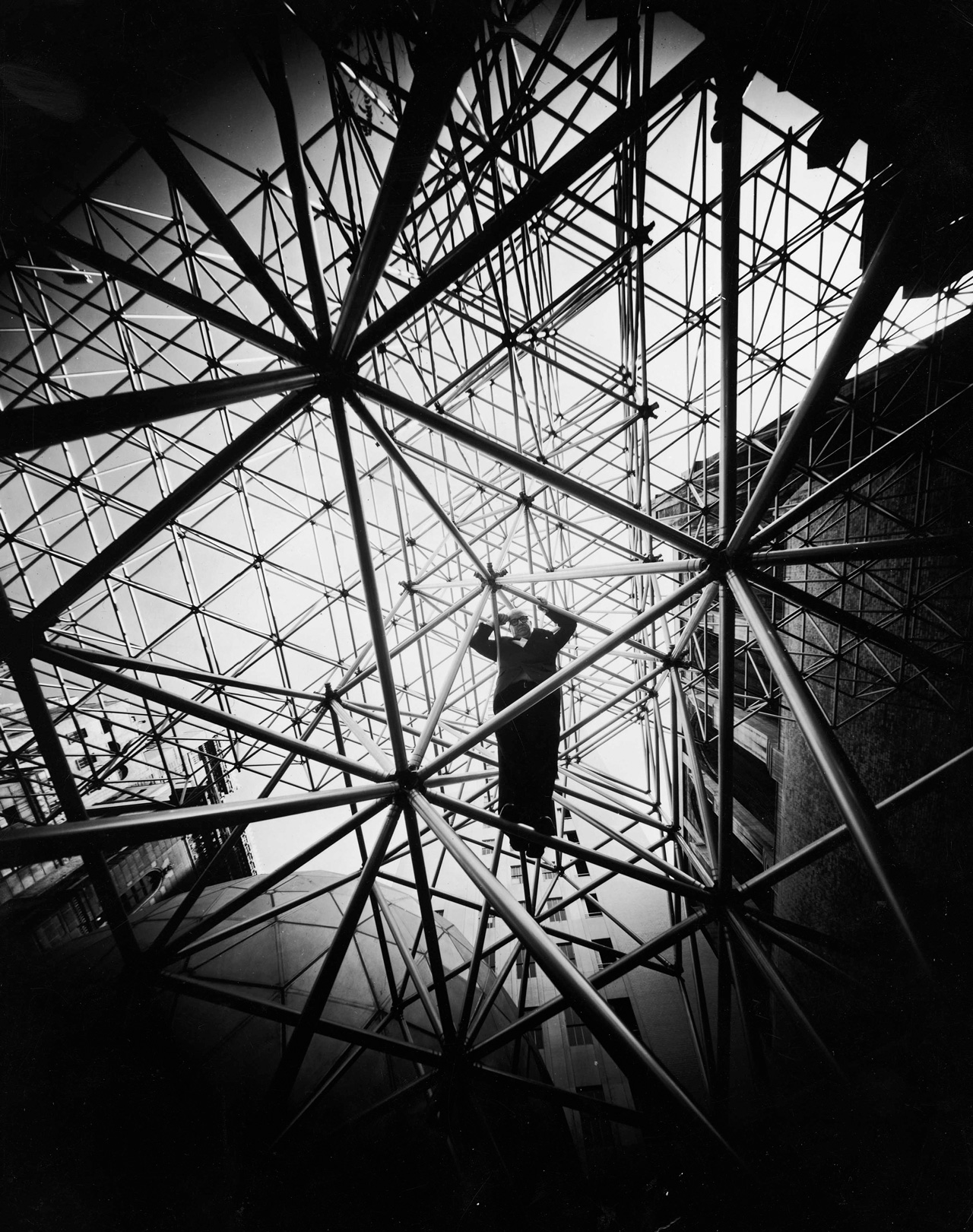 Among numbers of techniques and inventions that Fuller had created, the most famous and commercially successful invention is the hemispherical structure named the “Geodesic dome.” “Geodesic” means a “line” which connects two points on a sphere. The geodesic dome is a spherical construction applied the stability of triangle shaped by these crossing lines. Fuller received this patent in the middle of 1950s and built both large and small domes. It is well-known that a sphere has the smallest surface area of all surfaces that encloses a given volume among the all geometrical objects. Fuller’s geodesic dome embodies the possibility of applying this theory into creating a living environment. He is also the one who made the world realized this structure’s remarkable lightness and strength feature through implementing this dome in a harsh environment such as the Antarctic Pole and the summit of Mount Fuji. It is said that more than two hundred thousand geodesic domes are built in the world. In 1976, the UK and Canada joined the Patagonia Expedition. The Oval Intention was employed as the base camp of this expedition. When the group encountered strong snowstorm (reportedly at least 200 km/h) the Oval Intention was the only tent that endured the storm and protected the members while the other traditional tents were blown away. This story is evidence that the concept of “maximum gain of advantage from minimal energy input” can function. In addition to the Oval Intention, Fuller also supervised the 2METER DOME which was sold from 1984. Fuller’s theory is also applied into this dome, and because of its recognized superiority, this product is still employed in various expeditions including the Himalayan expedition. While we inherit Fuller’s geodesic theory, we also fundamentally reconsidered its design of Geodome 4. Once you get inside of this commodious space, you will understand Fuller’s idea of “comfortable living environment contributes to happiness.” If you believe the principle of the universe and your intuition, the bright future surely comes true. This message, left by the great inventor, continues to evolve and live on around the globe. 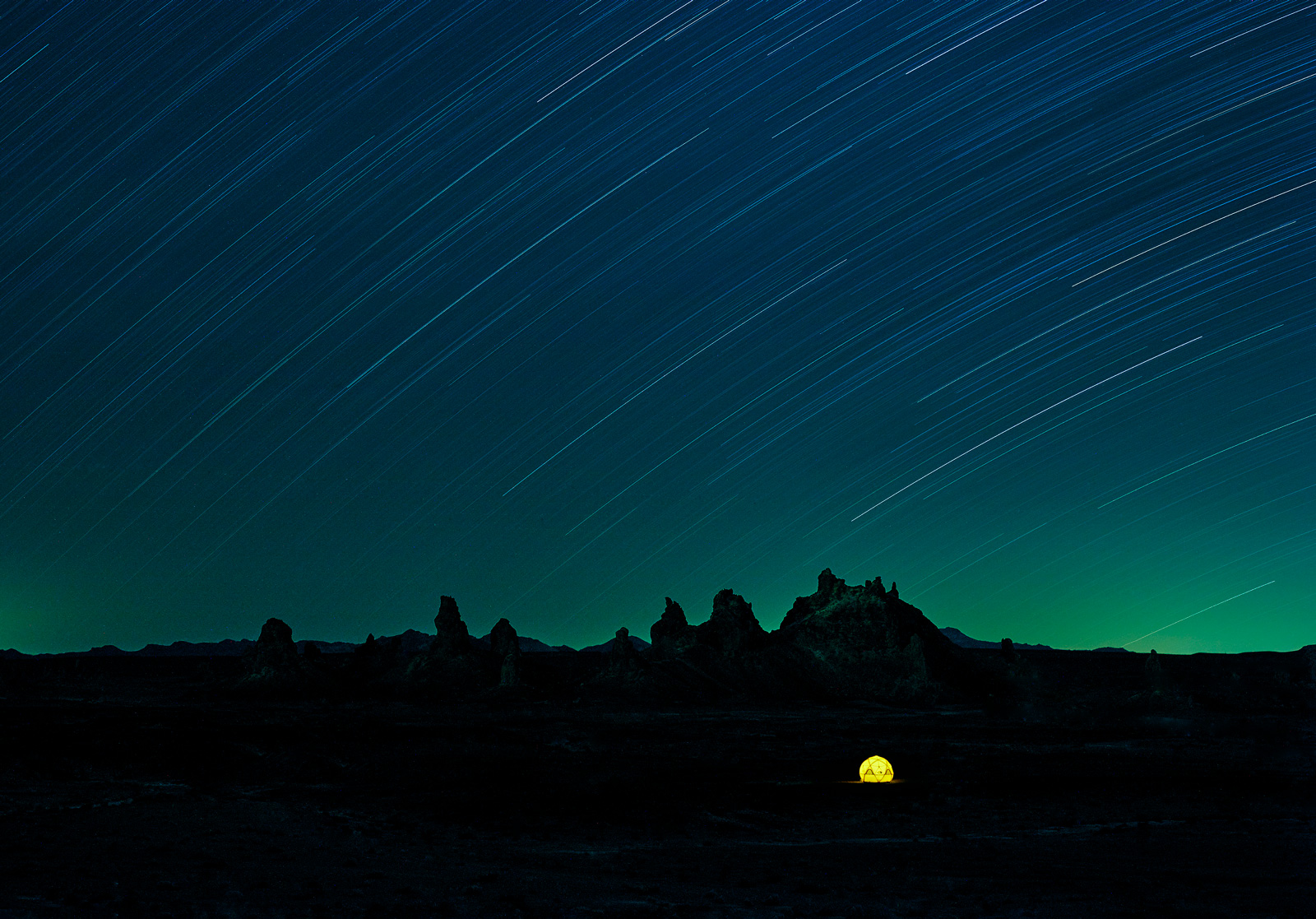 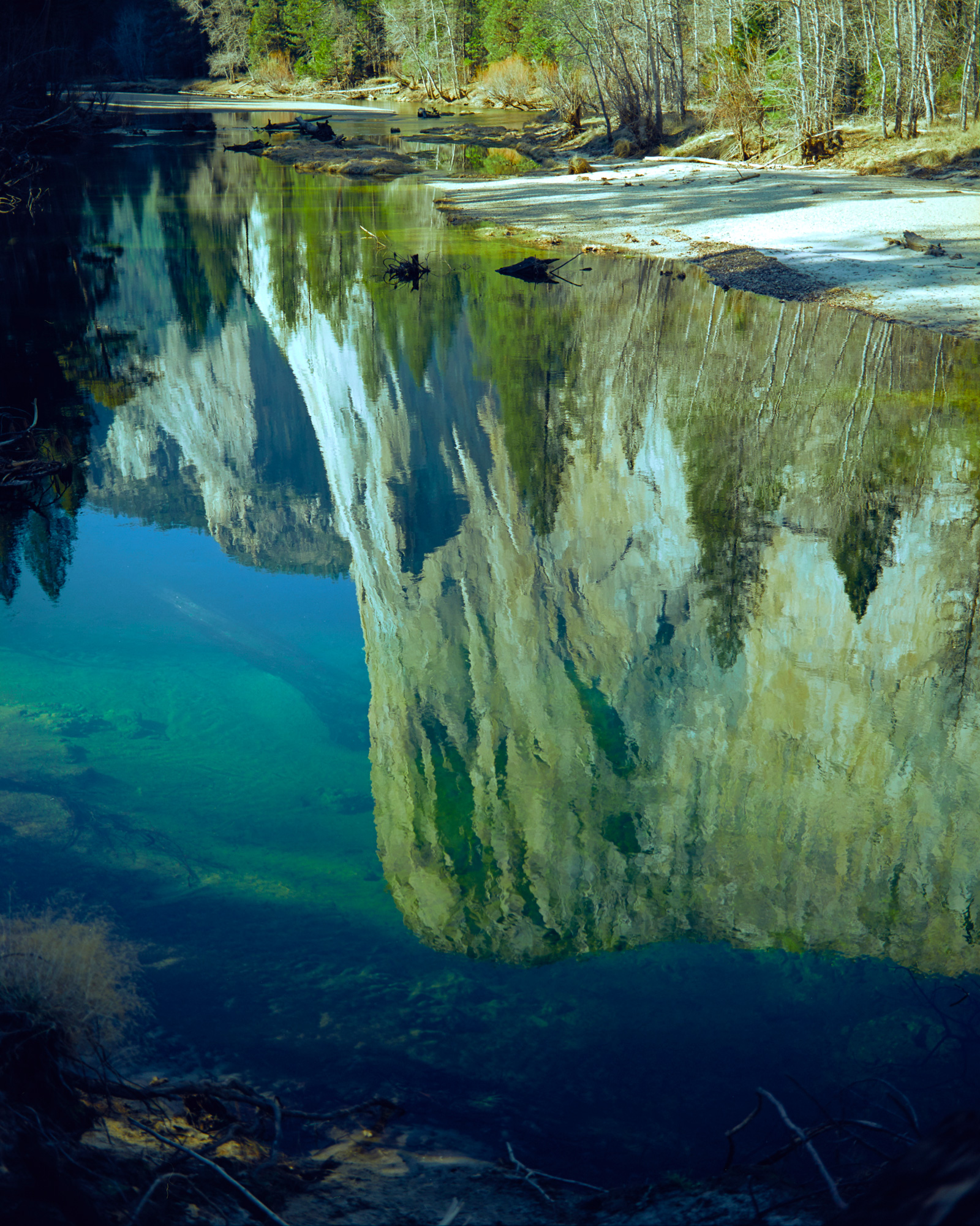 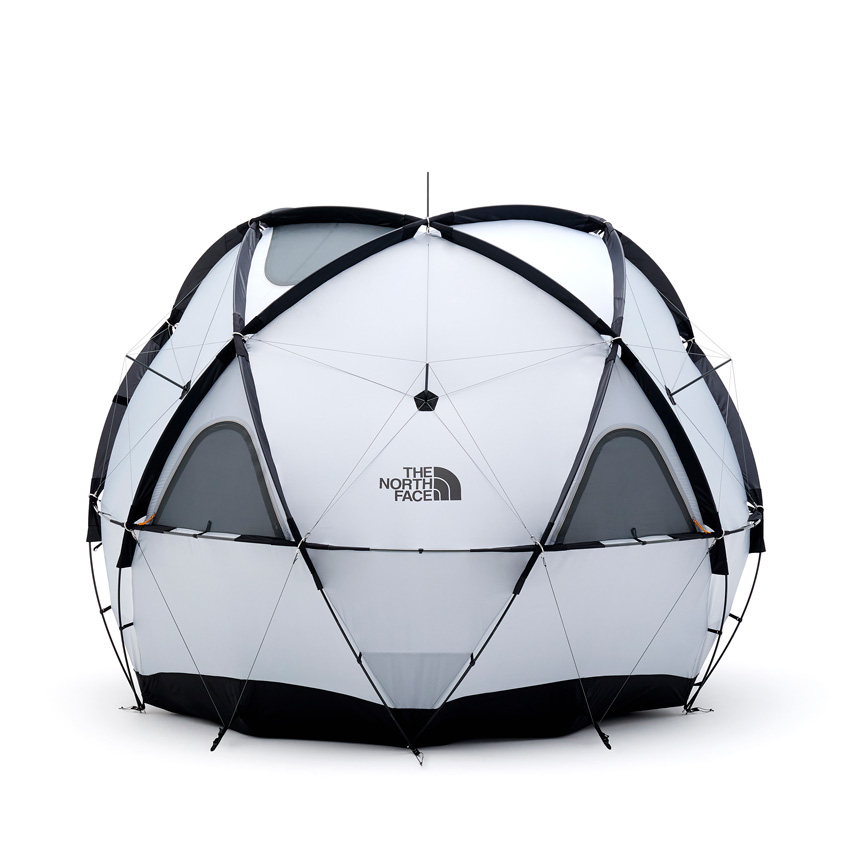 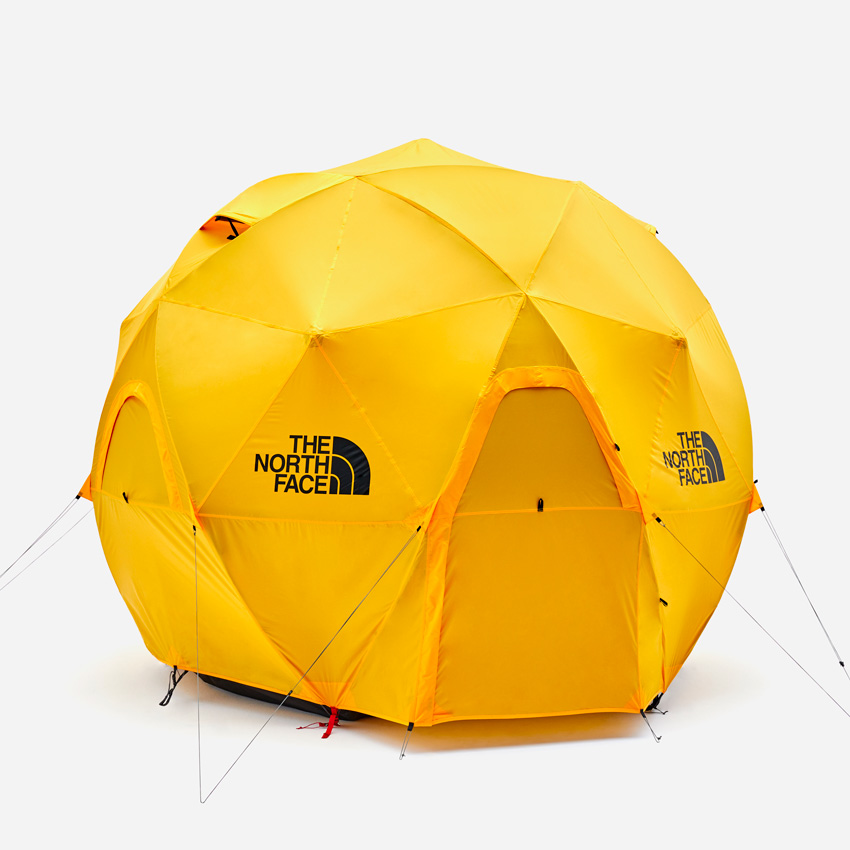